Top 100 leaders are ‘making an impact in an exceptional year’

IIA President and CEO Richard Chambers has again been recognized by Accounting Today magazine as one of the Top 100 Most Influential People in Accounting “making an impact in an exceptional year.” The magazine’s much-anticipated annual list includes a wide range of public and private sector executives, as well as national government leaders – leaders who “have become even more essential visionaries in their areas of expertise within the profession.”

Chambers was first recognized as one of the Top 100 in 2012, just three years after becoming IIA president and CEO in 2009 during the Great Recession.

“When Chambers steps down from his longtime post as head of The Institute of Internal Auditors,” the article stated, “he’ll leave behind an organization greatly expanded and strengthened by his tenure. In the meantime, though, he’ll continue reaching hundreds of thousands of readers with his weekly blog, ‘Chambers on the Profession,’ as well as the viewers of the video series he started during the pandemic, the readers of his books, and his many followers on social media.”

Amid this year’s coronavirus pandemic and resulting lockdowns, Chambers has led The IIA team into innovative ways of interacting with and serving members around the globe, including the addition or expansion of virtual conferences, training, and certification exams. In his popular blog and in virtual presentations to thousands globally, Chambers has provided internal auditors, boards, and executive management with insight and advice on navigating through these unprecedented times.

Chambers is currently at work on his fourth book, to be published by the Internal Audit Foundation and released in early 2021.

“I believe this recognition is very well-deserved as Richard is respected globally as a champion for the internal audit profession, and perhaps even more visibly so during this most challenging of years,” said IIA Global Chair Jenitha John. “Richard’s enthusiastic advocacy for the profession has elevated not only The IIA but internal audit to new heights. It is thanks to his visionary leadership that The IIA is positioned to move tenaciously into the ‘novel’ tomorrow.” 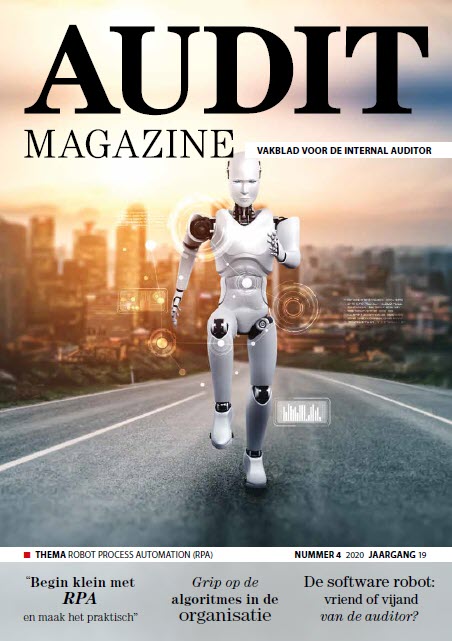