“Mental traps are habitual modes of thinking that disturb our ease, take up enormous amounts of our time, and deplete our energy, without accomplishing anything of value,” former University of Toronto philosophy and psychology professor André Kukla writes in Mental Traps: The Overthinker’s Guide to a Happier Life.

Auditors can unwittingly fall into many mental traps and “spin” at any point in the engagement life cycle. Being aware of these traps and learning how to overcome them can help auditors become better at their jobs, reduce the effort required to finish their work, and deliver greater value to their clients.

According to Kukla, each of these traps relates to four cardinal errors pertaining to undertaking tasks or projects: Individuals either 1. do too much or 2. do too little, or they 3. start or finish a task too soon or 4. start or finish a task too late. Internal auditors should be mindful of these traps and errors and take proactive steps to manage them.

1. Persistence
The first trap involves continuing to work on tasks that have lost their value. This results in people doing too much. As Kukla points out, North American culture teaches people to regard persistence as a virtue. This is a form of mental inertia — having begun an activity, people keep moving in the same psychological direction until they reach the end. This inertia tips the scale in favor of continuing the task even if it no longer has merit. The individual promised to complete it, so he or she will doggedly carry on to the end.

It is important to remember, however, that there is a difference between persistence and perseverance. While persistence is a mental trap that leads to a dead end, perseverance is a laudable trait in which one steadfastly pursues a goal despite encountering obstacles.

2. Amplification
Working harder than necessary to achieve one’s aims and doing too much is amplification. For internal auditors, amplification occurs in a few common situations. The first is when they continue testing to prove an observation for which they have already collected sufficient evidence. After all, if some evidence is good, more must be better, right?

Auditors can avoid this by applying a rule of thumb: Only gather enough evidence to convince the intended audience to take action. Once the threshold is reached, quit digging.

Engaging in “analysis paralysis” is another example. This occurs when internal auditors continue to analyze a situation beyond what is required in the belief that it will help make the case for change.

Internal auditors also can spend inordinate time polishing reports because they believe the reports are not ready. Auditors face the law of diminishing returns and at some point need to stop the work and issue the report. They don’t need to be perfect. Setting relatively firm deadlines can help auditors deal with this mental trap.

3. Fixation
Related to amplification, fixation occurs when progress toward finishing an engagement or task is blocked. This often occurs when internal auditors require additional information from a stakeholder such as an executive who happens to be unavailable.

Instead of using the time to do something else that will help complete the engagement, auditors may waste time by devoting efforts to activities that add no value or repeating what’s already been done. Neither of these actions ultimately adds any value. As a result, auditors expend too much effort on the current task and don’t begin the next task soon enough. Auditors can avoid this situation by effectively planning for the future and considering the schedules of key stakeholders.

4. Reversion
A bit more complex, reversion happens when people have set out to accomplish a task and have failed at it. Rather than let it go, they continue to focus their thoughts on attaining the missed goal. Kukla states that “reversion is the temporal opposite of fixation,” but rather than working to hasten an immovable future when a task is blocked, people try to change the immutable past.

Fixation and reversion share a common problem in that people continue to work on a task when there is nothing more to be done. With reversion, auditors need to accept their failure; get over the feelings of guilt, regret, or shame; and move on to the next project.

5. Anticipation
Auditors can suffer from anticipation by starting a task too soon — for example, by not planning enough before they begin fieldwork. Inexperienced internal auditors are prone to the anticipation trap by being anxious to start fieldwork before they understand why the engagement is being undertaken, what is the most effective way of obtaining evidence, and how the engagement should be executed to meet the clients’ needs. This is evident when auditors begin detailed testing of transactions before exploring other, less labor-intensive options, such as interviews or walk-throughs, to get evidence. Internal auditors need to plan adequately before beginning fieldwork, yet not do so much planning that they delay getting started.

6. Procrastination
One of the most prevalent mental traps, procrastina-tion involves performing small, relatively meaningless tasks that take the place of actually devoting time to required or appointed tasks that will add value. Engaging in procrastination, internal auditors end a current task too late and do not start the next task soon enough.

One common way of procrastinating is to postpone starting fieldwork by over-planning. Auditors can avoid this by establishing deadlines and allocated efforts for each phase of the audit and holding to them as much as possible. Some flexibility is needed, of course, but an audit is a small project and should be treated like one.

Another way to procrastinate is to delay contacting stakeholders to avoid confrontation or a potentially unpleasant discussion. Auditors may delay for a day or two, only to find out that the stakeholder is not available for the next week. If this happens enough times, the engagement timeline can be delayed by several weeks.

Internal auditors also procrastinate by not writing their audit report because they know writing, editing, and finalizing it will open themselves to challenge and criticism from their supervisors and clients. Audit departments can address this trap by beginning to draft the engagement report the moment fieldwork begins. Doing so promotes refining and testing observations and conclusions as the engagement progresses rather than waiting until the end.

Although related to amplification, performing more tests than required during fieldwork can be another form of procrastinating. This can be the case when additional testing is done to avoid getting to the next phase of the engagement.

7. Acceleration
The flip side of procrastination is acceleration. Rather than being slow to start, acceleration occurs when people don’t give a task the necessary time and attention and end up finishing it too soon. Often, procrastinating at the beginning of a project or task can result in acceleration at the end.

For example, internal auditors may rush through planning, ultimately not delivering what clients and stakeholders wanted. As a result, they may have to go back and perform more unplanned fieldwork. Failing to take time to ensure tests are designed appropriately and executed correctly may yield faulty evidence from rushed and sloppy work. Auditors also may have to repeatedly revise reports because they rushed to write a first draft without adequately thinking through what they want to report on and how they want to report it.

Internal auditors can avoid acceleration by devoting time to perform each phase of audit work effectively through appropriate planning and continually monitoring their progress throughout the engagement. Frequently referring to the scoping document throughout the audit — especially when writing the report — can help keep internal auditors on track and focused on the goal of the engagement.

8. Resistance
When people who are busily involved in a task that is going well are presented with a valid emergency, opportunity, or interruption that requires their attention, resistance occurs. This could include a client request for an urgent, high priority, and inconvenient assignment while auditors are in the middle of another engagement. An example could be an unplanned investigation into a fraud at a remote location that will require significant travel and time away from home. To address this trap, auditors can apply a general rule proposed by Kukla: “It is pointless to let opportunity slip away when the present task can be postponed without cost.”

9. Division
The division trap happens when individuals try to concentrate on two things at once. This trap involves the mistaken assumption that people can be effective multitaskers.

Kukla points out that people cannot consciously attend to two things at once because attention is indivisible. When individuals think they are multitasking, they are either “fast-switching” their consciousness between two activities, or they have relegated one of the activities to an unconscious, automatic mode of operation.

Internal auditors, especially those at a senior level, often need to juggle many tasks. They rarely have the luxury of focusing on only one thing at a time. The problem is that dividing attention between tasks actually takes more time and effort than concentrating on one task at a time. When people drop one task and return to it later, they don’t pick up at the spot where they left off. They have to spend time picking up the threads of the task.

To manage their time better, internal auditors should devote segments of time to specific tasks. They should take steps to avoid unnecessary distractions such as emails, telephone calls, and interruptions by direct reports or other employees. As Kukla notes, there is always something that can take a person’s attention away from the task at hand.

A Virtuous Habit
By being mindful of mental traps and taking steps to break free of them, internal auditors can better enjoy their work and be more effective in their roles. The aim is to devote less time and effort to producing consistently good results. Being mindful of mental traps is an ongoing discipline that can become a virtuous habit incorporated into auditors’ day-to-day work. It can supplement the well-developed technical skills and knowledge auditors already possess, helping to make them more successful as individuals and as team members. 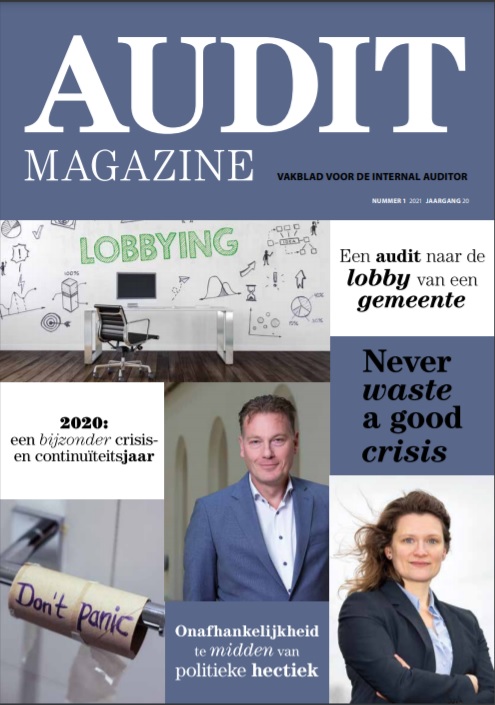